Running an ASP.NET project yellow screens with "Could not find a part of the path 'D:\Path\To\Project\bin\roslyn\csc.exe'" 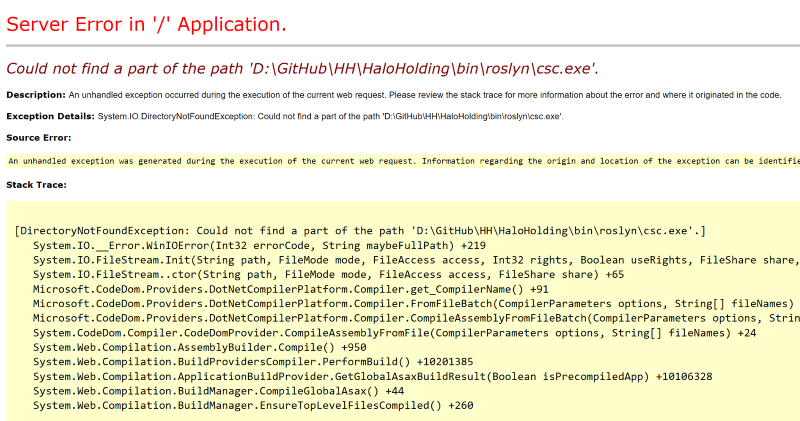 I recently had to pull a project onto a different PC and for some reason even after running a NuGet package restore and building the solution, running the project failed with an error as the roslyn csc compiler wasn't being copied into the bin folder.

The solution, that worked for me, was to force a re-install of the package that owns those files with:

Looking at the diff before and after re-installing the package, the only difference is that the Identity of the package has been made more specific: