Being more accessible: Highlighting images that don't have alternate text

I saw a tweet recently that showed a really cool trick you can use to highlight when images are either have missing, or empty, alternate text. As Wikipedia says (so it must be true!):

The alt attribute is used by "screen reader" software so that a person who is listening to the content of a webpage (for instance, a person who is blind) can interact with this element. Every image should have an alt attribute to be accessible, but it need not contain text. It can be an empty or null attribute

I've highlighted one part of the text from Wikipedia that mentions that the alt attribute doesn't have to contain anything, the purpose of this example code is to ensure that if it is absent, or empty, the developer/designer sees that fact and can react to it. The CSS snippet is quite small, simple and really very elegant:

When this page is loaded, assuming you have the images for it, you'll see six, one on top of the other, but all the images except the first one will have a fat red dashed border around them. This makes it immediately apparent that the last five images either have no alt attribute, or the attribute is empty: 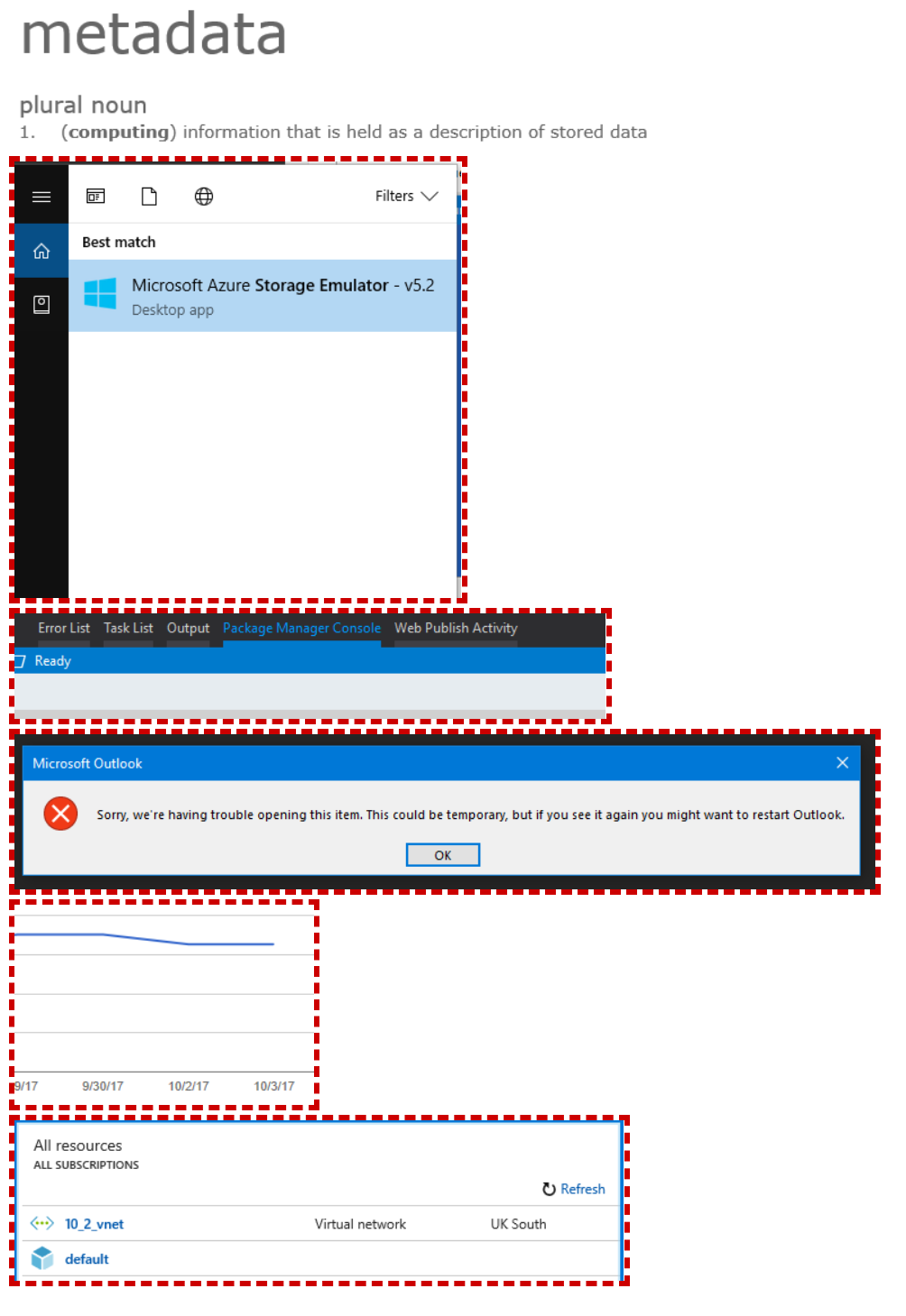 What a neat trick!