Or, "wouldn't it be nice if the IIS Website bindings window had a default sort that wasn't the order that the bindings were added to the site" to put it another way. I made an oops and created the bindings on two new servers in a different order. This means that when I look at the GUI, I see: 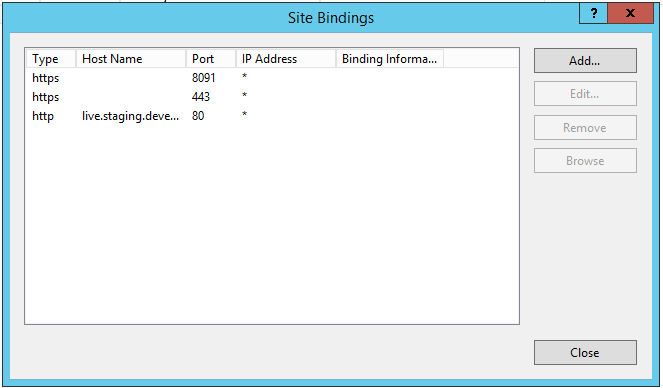 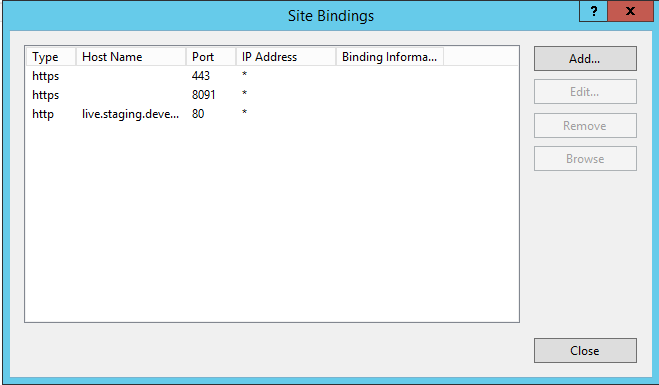 It's exactly the same set of bindings but they're displayed in a different order. A quick look in applicationHost.config for the server in the top screengrab shows that the <bindings> element looks like this:

It really would be nice if a default sort order was applied when the data is initially displayed in the "Site Bindings" window, e.g. Type, Host Name, Port, IP Address, rather than it being "creation order". It would make quick visual check comparisons a little easier, if nothing else!