TL;DR: Ubiquiti UniFi is the single best thing we've ever done for our home network / WiFi! 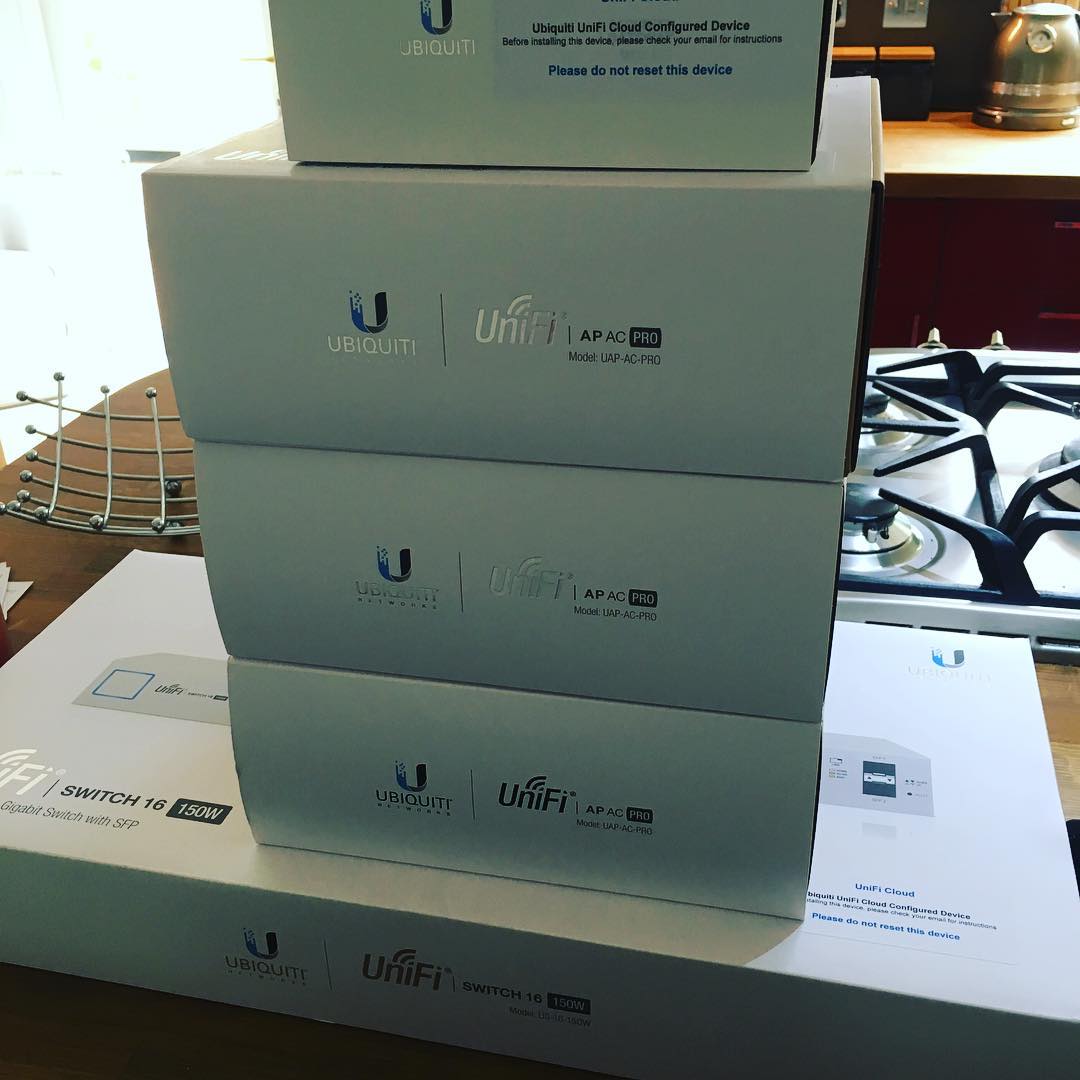 Up until very recently we've been using an ageing DrayTek 2830 series router, along with the modem provided by BT to "power" our home network. This consisted of:

The DrayTek provided WiFi network was *ok*, but only on the ground/first floor and (just about!) at the very edge of the garden, as long as the kitchen window was open and you were pointing your device in the right direction. This meant that we needed another wireless network to cover the second floor (bedroom) and the garden, hence the "A.N.Other" router - I can't remember what make/model it was, but it did the job. We ended up having two distinct WiFi networks named rather imaginately as COCKTAIL and COCKTAIL2 - all the machines are named after different cocktails, hence the name of the WiFi! This was far from ideal for many reasons:

Unfortunately, many attempts to get the two routers to behave as multiple APs for the same WiFi network were met with either abject failure or odd behaviour that made it just not worthwhile. To add insult to injury, the A.N.Other router would ocasionally lose its connection (wired) to the network meaning restarting it was needed. This only ever seemed to happen when already lounging in bed, typical!

Replacing our network with UniFi products via broadbandbuyer.com

Troy Hunt has written a few posts about Ubiquti UniFi now (in chronological order: Ubiquiti all the things: how I finally fixed my dodgy wifi, How I finally fixed the dodgy wifi on my jet ski with Ubiquiti's UniFi Mesh and Wiring a home network from the ground-up with Ubiquiti) and from the moment I saw the first post, I'd got Ubiquiti UniFi in my sights as a solution for our WiFi woes. To that end, we ended up buying:

Normally, you'd also have a UniFi Cloud Key in the mix as well to act as your controller/configuration interface for your UniFi kit but we ended up buying all the kit from broadbandbuyer.com who provide a Hosted Cloud Controller, as an option. Not only do they provide the hosted cloud controller, but they also work with you to capture your network configuration (including connection setting for broadband) and pre-provision all your devices so that you can (pretty much!) just plug it all in and have it work straight away. Amazingly, this is the same price as buying the kit without the hosted cloud controller, so as the Cloud Key costs just over £90, you're immediately that much better off without even trying. The pricing page for the "subsequent years" is a bit unclear as the product title is "Ubiquiti Unifi 3-Year Hosted Cloud Controller Service (Per Device)" but the meat of the page refers to (my emphasis):

So, which is it? Even if it's per year, for our network (and I'm assuming, perhaps incorrectly that we've got five "access points", unless it's only the UniFi AP AC Pro's that count!) that's £50 a year, so it'll take 5 years (3 years included + 2 years @ £50) for us to be "cost negative" on using the hosted cloud controller.

Where we put the kit

We ended up putting the switch and security gateway in the study (ground floor) next to the modem, and using the existing cable (that was pulled from the ground floor to the second floor) that used to connect to the A.N.Other router as the connection for one of the AP AC Pro's. The other two required a couple more cables to be pulled (one to the other side of the ground floor, in the kitchen and another to the middle of the first floor landing), which was not anything remotely resembling fun. Plaster dust everywhere, but eventually it was done. Because the switch we picked kicks out PoE there was no need to find somewhere to plug in the PoE injectors that come with the WiFi access points. This is a(nother) very good reason to get a UniFi PoE switch as part of the upgrade.

We plugged it all in, switched it on and pretty much had a working system moments later - WiFi that worked, broadband that was connected, everything was go! So. Simple. On top of that, the signal strength everywhere was fantastic, hand-off from one AP to another occurs without interruption and, as the icing on the cake,... I can sit in the garden and watch iPlayer / Amazon Video and it's no different to being sat inside the house on a wired connection.

A picture paints a thousand words

Part of the user interface for the cloud controller allows you to see a topology view of your network, here's ours: 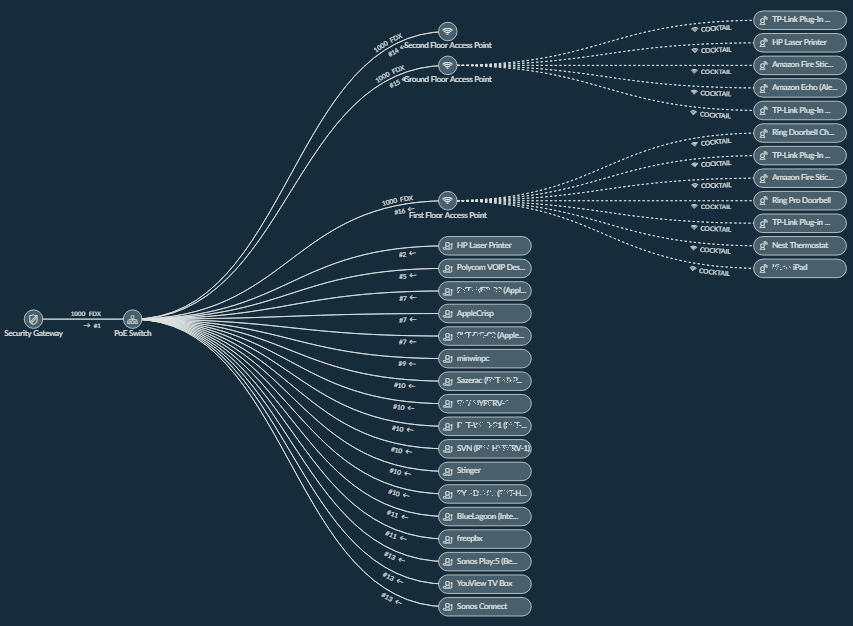 Yes, it's expensive. Yes, it's not exactly consumer grade equipment (pro-sumer?), but if you rely on your network/WiFi then it's worthwhile making the investment in good quality kit. Ubiquiti UniFi can only be described as good quality kit.