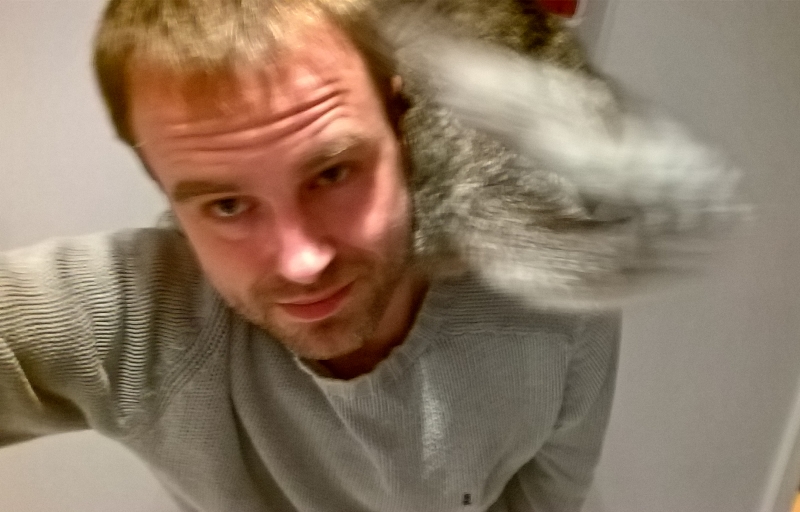 Twelve months ago Dona Sarkar encouraged me to write about My Hit Refresh moment. Quite a lot's changed since then so I thought it'd be good to write a retrospective, reviewing what I've done and how well I feel I've achieved over the last year will helo guide me. Do I need to hit refresh again now? In the future? Or, am I happy with how the last year's gone?

Ten months ago I started working for a foreign exchange company in London, managing all the development within the business for their online trading platform (for those customers who like to do everything online without having to talk to people on the phone), their back office systems (used by the people who make sure that money goes in and out of the business in myriad different currencies), the CRM used by everyone and the Trading System that's used to book foreign exchange trades. This involves the dubious joy of getting the 0559 (that sounds so much earlier than 0600, right?) train into London each day. I'm just about not breaking my "golden rule" as I don't quite make it all the way into London Waterloo thus avoiding the horror that is the underground in rush hour! Right now I'm bleary eyed, working my way through a flask of coffee, on a train that's all too often sent out with three carriages instead of six (thank you, South Western Railway!) which means some of the people who boarded at stations after mine have to stand all the way into London, poor buggers!

Unlike job 1 (Cloud based stock control) and job 2 (cloud based telecomms) where the software I was building and supporting was used by the companies customers, I'm now responsible for software that's primarily used by my colleagues. End-users who're sat a few desks away, rather than at the other end of a phone line that's handled by the Customer Services team does sharpen my focus on service delivery somewhat... This comes with its own challenges as the main internal business application (which covers Back Office, Trading and CRM services) has been around almost since the companies inception and, from a technical perspective, is very lightly documented.

I joined at what, from an IT perspective, was a pivotal moment as there'd been a fairly substantial change due to all bar one of the development team having left and a new Head of IT joining. That doesn't make for an easy start but it does mean I've had the opportunity to shape the way things are done in Development from the foundations upwards and also to have an influence on how the supporting IT systems are implemented.

What've I achieved in 10 months? Quite a bit, I think:

How's the refresh doing? Do I need to hit refresh again?

Anyone who knows me in a professional capacity will agree, measuring performance, change or improvement in a quantitative way is something that I see value in. That's not to deny that some things are better "measured" without trying to assign a number to them, nor that numbers can always tell the whole picture. If you measure success as "number of bugs introduced per software release" but you release several times a week with many of them being cosmetic changes such as wording changes - is that number meaningful? If you've only released a third of the new features you'd promised the business, is it even a metric there's value in measuring and reporting?

There were three areas I wanted to focus on, and had been focusing on, when I wrote my original post:

This has been an area of mixed success this year, if you look at it purely from a quantity perspective, I'm a bit behind where I was last calendar year, but that's not really how or when I'm measuring from. That said, I didn't start blogging last year until July when I hit refresh and I've posted a couple of times every single month, bar one, since then. The important thing is: What do  I wanted to achieve by re-discovering my blogging mojo? It's not really a means to an end itself!

There are two key areas I wanted to hit by doing this; (1) Improve my writing skills, and (2) Use it as an opportunity to look at new stuff. There's a third aspirational/stretch goal, for want of a better way of putting it which is to "build my brand".

Writing skills - I think my writing skills have improved, certainly comparing posts from 12 months ago to now I find a lot more in older posts I want to tweak and edit, I've also noticed that more recent posts tend to have more structure, be that headings, paragraohs that are more distinct or just images to help break up the content and illustrate points I'm trying to make. I do need to make more of an effort to store posts for later and come back and copy-edit though, there are too many spelling and grammar nits and niggles sneaking their way into posts due to me wanting to get the content "out there".

New stuff - I've not hit this objective anywhere near as much / as well as I would've liked (mainly around Azure, though I'll talk more about that later). Whilst there's a reasonable number of posts that involve technology that's new to me, not enough of them are about subjects that're just plain new, full stop. If I'm going to leverage writing as a way to stay current I need to ensure that I'm learning about, and then writing about the new shiny.

Build my brand - I've not given this any love over the past year, which has been an entirely conscious decision as this is definitely something that needs a solid foundation to come from.

Getting a proper handle on Azure

When I interviwed with Microsoft back in the middle of last year one of the bits of feedback was that my knowledge of "modern development" wasn't up to par, which was most readily addressed by immerrsing myself in Azure related stuff. As a quantitative measure there's how much have I blogged about Azure related technologies? Looking at my blogs Azure tag, the last time I posted was November last year. Not so good. Tempering that though, I've been reading a fair bit about Azure and some of the changes and funky stuff that's available (VMs with 12 Terabytes of RAM!) so whilst I haven't been as active with looking at Azure as I'd like to have been, I've not been entirely hopeless here.

My long planned series of posts showing the process of migrating a solution (that I built many moons ago for a customer) from an IIS and SQL VM hosted environment to a first-class Azure solution needs to bubble up to the top of my to-do list!

Mitigation: I've had a lot of technologies that are used in my new role to get a handle on so have been learning and stretching my skillset, just not in the Azure direction. I'm OK with that.

This has ebbed and flowed throughout the year, mostly dictated by how busy I've been at work. I still have conversations, I've gained a few more people that I back-and-forth with semi-regularly, especially a couple of authors who I read (@smreine and @stevejmchugh I'm looking at you here). I wrote Coldly, I suppose you could call this "networking" in my original post, it's fair to say that these are examples where that doesn't hold true. Well, unless there's the slim chance of getting an ARC.... Seriously though, both write awesome books, check them out!

There's also Instagram, where I share pictures that're mostly of my cat, or random things that I've seen when out and about so that's another tick on the social front. It's also one where there's nothing really for me to directly gain from a professional perspective so I like to think it counts!

Finally there's my other blog, the one where I share recipes I've written and cooked. Right now my recipe for Sticky Pineapple Chicken is in 6th place on Bing and 8th place on Google for "sticky pineapple chicken", which pleases me. I'm counting this one as getting more social because I cook these recipes and share them for others to enjoy. I tweet them out as and when I come up with them purely for the fact that I want others to enjoy food that I've enjoyed. Eating is a social activity, even when separated by the internet.

If I look at the numbers that's 15/30, half-way there. For a year that's involved as much change as it has I'm pretty happy with that. 20 would've been better, 25 would've been amazing and 30 nigh-on unachievable (in the main because I'm very self-critical), 15 will do but I'm going to aim higher for the next year now I've got a benchmark to compare to.

What about the next year?

I think I'm going to stick to the same three areas to focus on from a personal and professional perspective, but put a real focus on getting a handle on Azure. Hopefully there'll be some synergy with work-related projects I can leverage there, but if there isn't, I'll do it anyway!

So, a year in review and I'm quite pleased with what I've achieved for me, but also know that I could've done more. Do I need to actually hit refresh on anything right now? No - but I do need to build on what I've done and achieved and build harder than I have done over the past year.

What about you? I've found it really valuable to spend the time thinking about this, you might too.