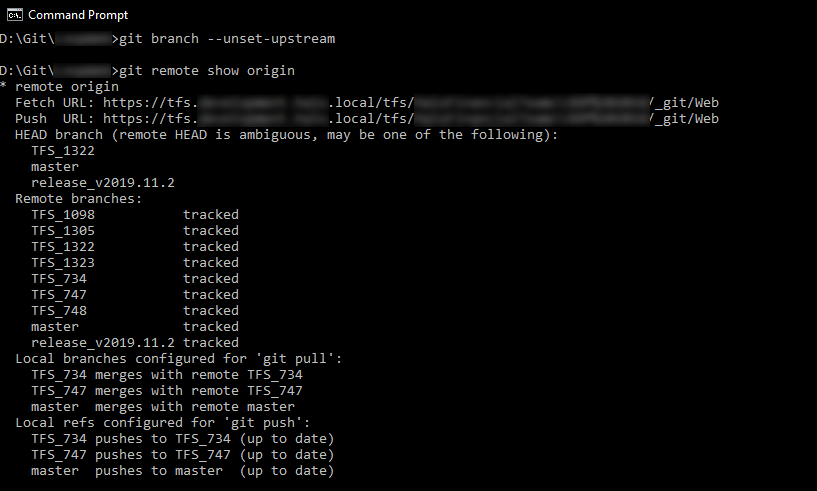 Having done some work against a local branch that's associated with a remote for a certain piece of work I've decided I want to keep the work (it's given me some proof-of-concept ideas) but start again on the actual task at hand. Keeping the current branch with all my commits but being able to "reset" back to the branch as it is on the server is the ideal outcome, which I've noted how to do below.

As with almost anything else Git related, there's a lot of places where this answer already exists I'm sure, but for my own reference (and perhaps as someone else might find this as a result of searching and find use for it) here are the steps to take a local branch that's tracking a remote one, rename it and stop it tracking the remote.

With the branch in question being current (which will show in green with an asterisk next to it when running git branch from the console), run the following commands:

The first command renames the branch and the second command, well, unsets the upstream branch associated with the local branch.