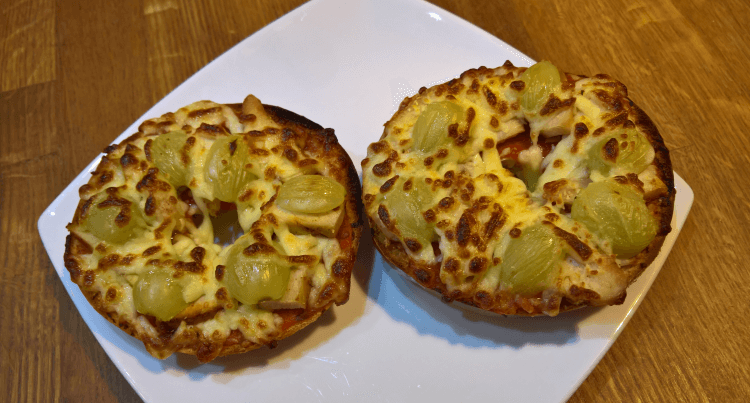 It does seem a bit OTT to call this a recipe, but as a Gin & Tonic is technically a cocktail, I guess I'm ok with calling this a recipe. Of course, I've used white grapes and sliced cajun chicken for the toppings on my bagel, but given their diminutive size, just use whatever you've got leftover in the fridge. This recipe came from a deisre to use up a solitary left-over bagel, along with the remaining grapes from a half-and-half Iberico and Grape / Cajun chicken and pepper pizza earlier in the week.
Robert Wray
Breakfast Pizza Bagel
grape, bagel, pizza, cheese, chicken, cajun chicken, mozarella
British
Breakfast