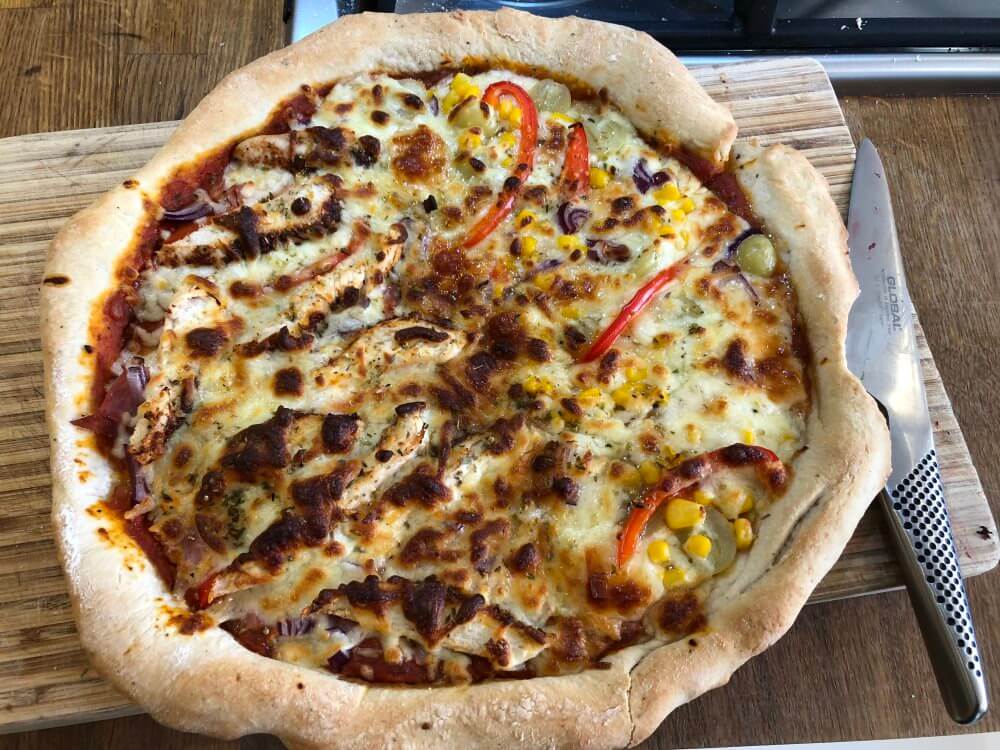 This is a firm favourite, though quite often other toppings get used and a half-and-half pizza is made with half Iberico and Grape and half with Cajun chicken and other goodies. The best white grapes to use for this are ones that appear to be seasonally available in UK Supermarketes, sold as "Cotton Candy" or "Candyfloss" grapes, they really do taste like what they've been named after and are worth getting for this pizza!
Robert Wray
Iberico and Grape Pizza
pizza, home made, grape, iberico, cheese
Italian
Dinner

Iberico is a cheese made from a mixture of cow, sheep and goat milk so you could substitute a firm goats cheese to get a similar flavour profile.