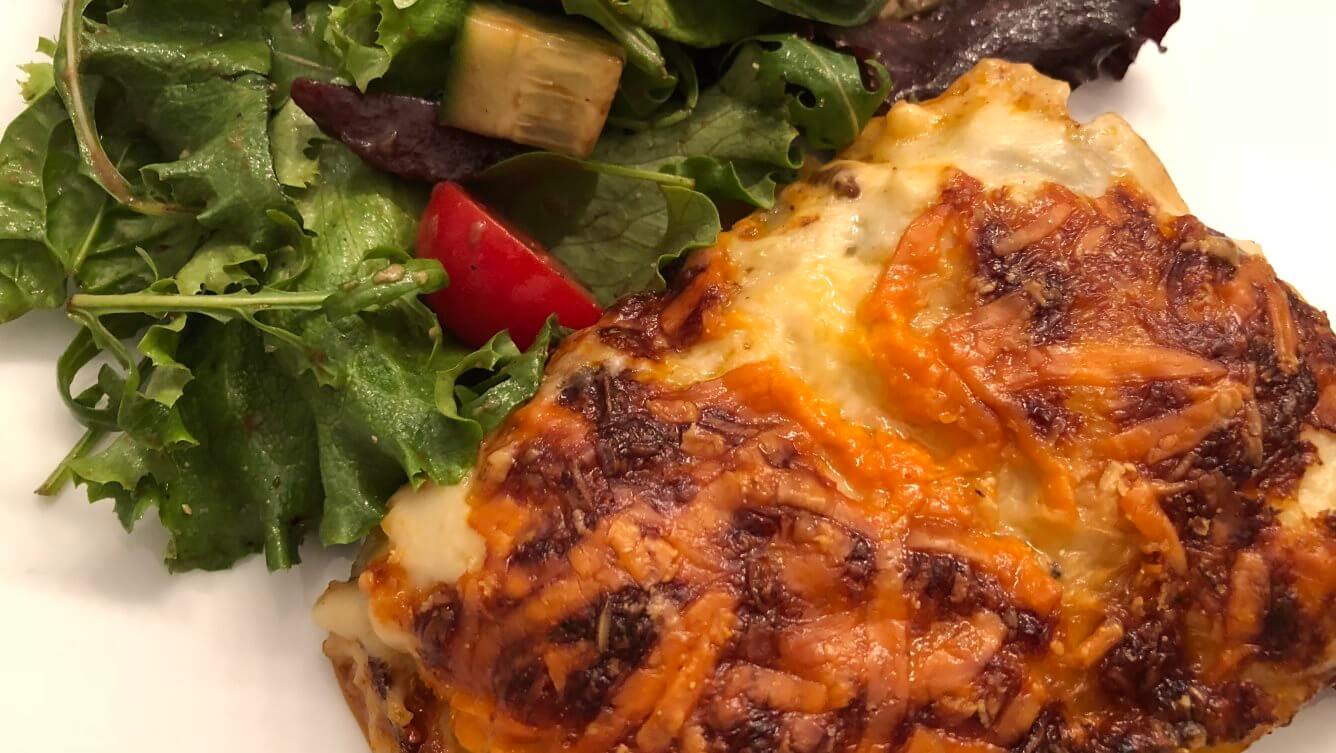 There are probably as many different recipes for Lasagne out there as there are different ways to make a chicken breast interesting. Some are wetter, some are so firm that you can slice them like a cake. Mine edges more towards the "firmer" style. I assemble the Lasagne into a 17cm x 23cm x 5cm dish so the recipe quantity is geared up to this.
I almost always serve this up with a green salad dressed with olive oil and balsamic vinegar and some charlotte or anya potatoes roasted in Rapeseed Oil, or if it's a work-night then the backup option is chips.
I've stuck quotes round the world bolognese below because it's very clearly not a true Italian Bolognese sauce, but it is the name that a lot of people (outside of Italy) give to it, Wikipedia says:

Outside Italy, the phrase "Bolognese sauce" often refers to a tomato-based sauce to which minced beef (or pork) has been added; such sauces typically bear less resemblance to ragù alla bolognese being more similar in fact to the ragù alla napoletana from the tomato-rich south of the country. Whereas in Italy ragù is not used with spaghetti, so-called "spaghetti bolognese" has become a popular dish in many other parts of the world in spite of Italian complaints against it being one of the "crimes against ragù.