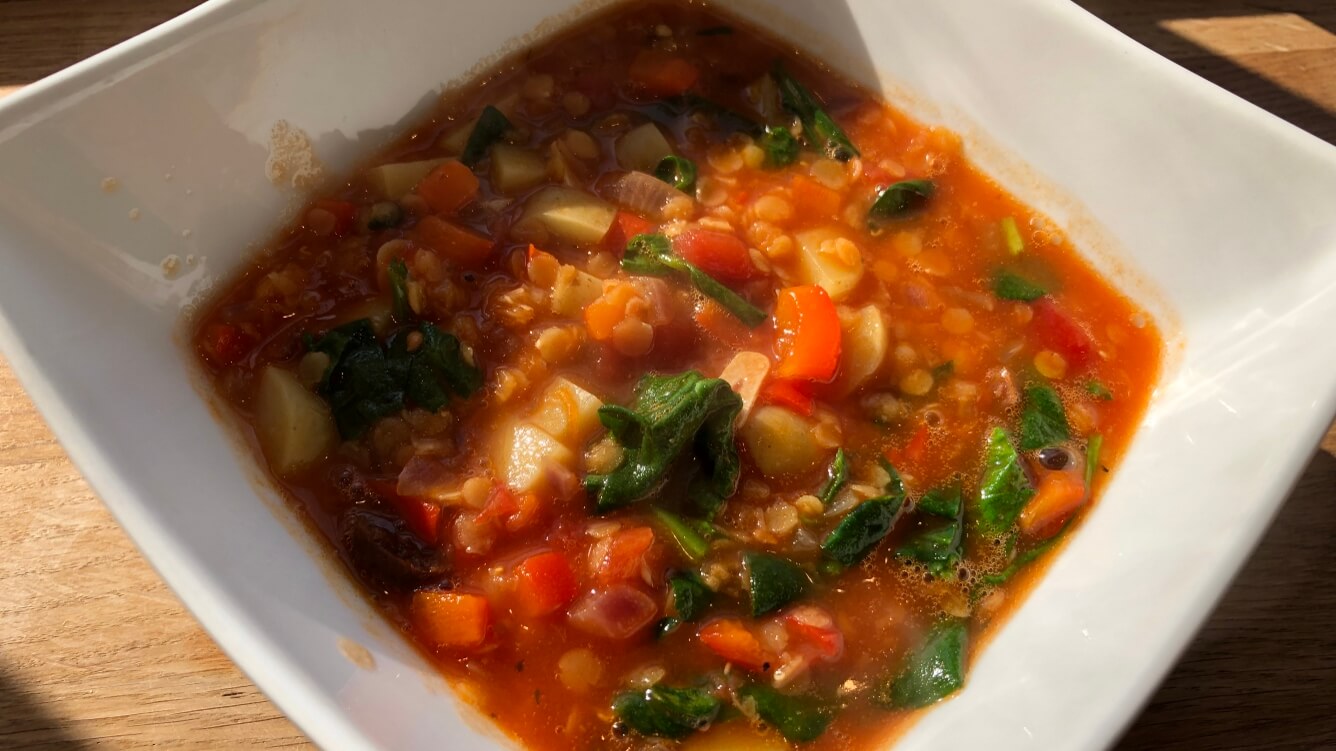 This is a refreshed version of a soup I've written the recipe up for before. It's improved, I feel, by tweaks that have been made to the recipe over time. As with most soup recipes the exact quantities are more of a guide than a requirement, if I've more spinach left and no plans to use it I'll put whatever I have in the soup without hesitation.
Robert Wray
Chorizo, Lentil and Potato soup
spicy soup, thick soup, lentils, chorizo
British
Lunch

Serve it up with thick slices of buttered bread to soak up the scant liquid that the bulk of the lentils, potatoes, chorizo and pepper sit in. If you like more meat in the soup, you could easily double or perhaps triple the quantity of chorizo in the recipe.