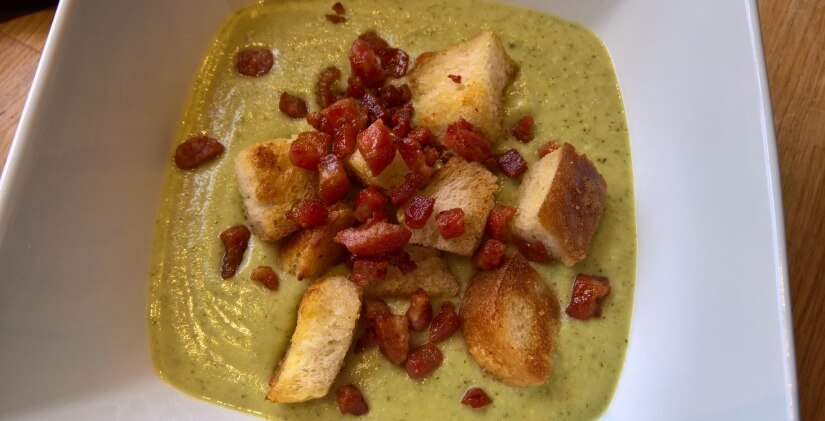 This is a tweaked version of a recipe I've been cooking for several years. I decided to spruce it up today by serving it with some croutons, made using slightly stale tiger bread fried in some garlic oil and some crispy pancetta. I made the croutons, salted well as they cooked, then used the same frying pan to crisp up the pancetta. Before I served it up I added the croutons back to the saucepan and let them heat and soak up the fat that had come out of the pancetta. I think this would probably work equally well if the cheddar was substituted for a (smaller) amount of stilton, which would sharpen the soup up wonderfully to contrast with the pancetta and croutons. If you serve this soup with croutons, you really don't need any bread to go with the soup.
Robert Wray
Broccoli and Cheddar Soup
cheddar, cheese, broccoli, soup
British
Dinner